How to Remove Widgets From Smartphone Home Screen

You can add widgets to the main screen or front screen so that the smartphone you are using looks cooler. But the use of unneeded widgets can spoil the appearance, therefore you should remove useless and unnecessary widgets.

There are several default widgets that usually already exist on Android devices, namely clock widgets, weather widgets, and search widgets. There are three widgets that can be removed and some are not. If you try to remove a widget but there is no delete option, it's possible that it can't be removed. 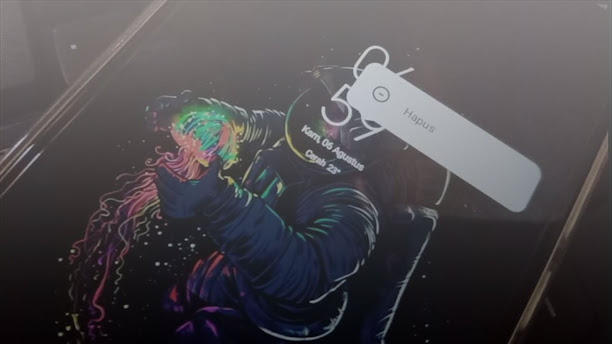 If the widget can't be removed but you don't want to see it you can just use the launcher. Because by using a home screen launcher, it will follow the launcher you installed and used.

Actually, how to remove widgets and application icons on the home screen is very easy. But unfortunately there are still many who do not know even though they have done it accidentally. To be clear about how to remove widgets so that they don't appear, you can read this article to the end.

I will explain a tutorial on how to remove a widget from the main screen that you accidentally added. Meanwhile, I have discussed how to add widgets to the Android home screen. So for those of you who haven't read it, you can read the article before continuing to read my tutorial on this one.

Step 1: On the home screen, please long press on the widget you want to delete

Step 2: Next please select Delete to remove the widget icon from the main screen

Step 3: Once removed the widget will disappear from the home screen

So that's how to remove the widget icon on Android. Widgets can be very useful, but they can also make your home screen look unattractive. For how to remove widgets, the method is actually the same on Samsung, Oppo, Vivo, Xiaomi, and several other smartphone vendors.

Hopefully this article is useful and useful for those of you who read it. To delete an application that is on the main screen, the method is the same. You hold down the app and select delete or swipe up to delete it.